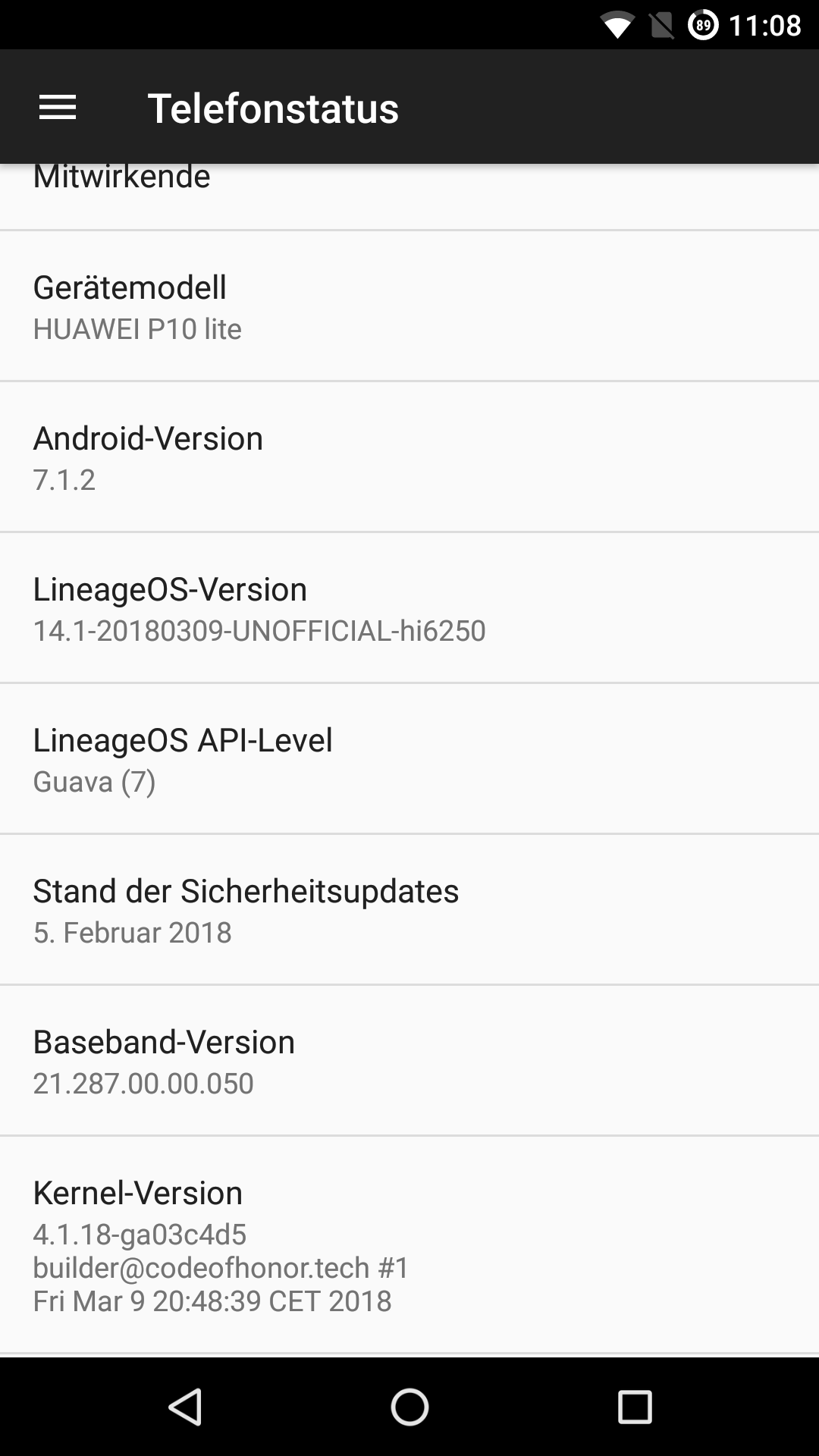 There’s a proverb in the German language, which could be roughly translated as ‘like the virgin got the baby’, which describes the process of getting something quite unexpectedly. And so we’re standing here, hosting the community forums that grew around the ‘Code of Honor’ as the former administrator couldn’t do it anymore. Sure, my experience helps on such tasks, but not my internet connection as we’re currently not able to fund a root server or some hosting to get that thing back online – at least somehow until we have a better solution. But that’s mostly background stuff which isn’t relevant to the phone itself.

Now for the phone, we were able to deliver something usable based on Android 7.1.2 in various flavors. Good to know: Huawei wasn’t that creative with its different models – To me it looks like they’re all the same hardware, having a different OEMInfo partition flashed. I could verify that by exchanging mine temporarily et voilà, the second modem booted and tried to register (which failed due to no IMEI number being set)

A few words about LinageOS 14.1: It’s working for me as I’m using as my daily driver. More info about that on